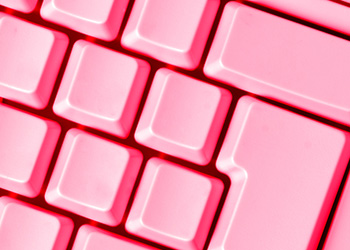 I was packing my apartment recently and found the notebook I used when interviewing for front end engineering positions last year. Below is a list of questions I was asked throughout the interview process.

I wrote a few blog posts about the following JavaScript topics, which you should understand if interviewing for front end roles: objects (including object literal notation and constructors), prototypes, declaration, initialization, hoisting, closures and array methods (including what the method returns, and whether it modifies the original array):

Explain the difference between null and undefined.

null is an object that has no value.undefined is a type.

Are you familiar with Jasmine or QUnit?

Jasmine and QUnit are JavaScript testing frameworks. I would familiarize yourself with the basics.

How would you call a function directly on a string?

Event delegation allows you to avoid adding event listeners for specific nodes. Instead, you can add a single event listener to a parent element. Here’s an example.

What is an IIFE?

IIFE stands for immediately-invoked function expression; it executes immediately after created by adding a () after the function.

What is an anonymous function?

Anonymous functions are functions without a name. They are stored in a variable and are automatically invoked (called) using the variable name.

Explain the difference between a host object and a native object.

Explain the difference between call and apply.

apply lets you invoke the function with arguments as an array. call requires the parameters to be listed explicitly. Also, check out this stackoverflow answer.

Check out this stackoverflow answer on the topic.

JavaScript variables have functional scope. Here’s an article on the topic.

Explain this and that.

this and that  are important to variable scope in JavaScript. Here are a few stackoverflow posts on this, that and self.

What is the difference between JSON and JSONP?

JSONP is JSON with padding. Here’s a good stackoverflow answer on the topic.

What is AJAX? Write an AJAX call.

AJAX stands for asynchronous JavaScript and XML and allows applications to send and retrieve data to/from a server asynchronously (in the background) without refreshing the page. For example, your new Gmail messages appear and are marked as new even if you have not refreshed the page.

What is a callback function?

JavaScript is read line by line. Sometimes, this can result in what seems like a subsequent line of code being executed prior to an earlier line of code. A callback function is used to prevent this from happening, because it is not called until the previous line of code has fully executed.

Here are two decent resources on callbacks with JavaScript and jQuery.

stringify is used to transform JSON into a string.

What is the difference between a property and an attribute?

What is the difference between a prototype and a class?

Prototypes are important in JavaScript because JavaScript does not have classical inheritance based on classes; all inheritances happen through prototypes. If the JavaScript runtime can’t find an object’s property, it looks to the object’s prototype, and continues up the prototype chain until the property is found.

What is a float?

Floats are used to push elements to the left or right, so other elements wrap around it.

What is a clear?

A clear is used when you don’t want an element to wrap around another element, such as a float.

Have you ever used a CSS preprocessor/precompiler? What are the benefits?

How do browsers read CSS?

From right to left.

Explain the difference between inline, block, inline-block and box-sizing.

inline is the default. An example of an inline element is <span>.

block displays as a block element, such as <div> or <p>.

inline-block displays an element as an inline-level block container. Here’s an article on the topic.

Explain the difference between static, fixed, absolute and relative positioning.

static is the default.

fixed is positioned relative to the browser.

absolute is positioned relative to its parent or ancestor element.

relative is positioned relative to normal positioning/the item itself. Used alone it accomplishes nothing.

What is the difference between display:none and visibility:hidden?

What is the difference between responsive and adaptive development?

In a nutshell, responsive is fluid and flexible, whereas adaptive adapts to the detected device/screen size.

How can you increase page performance?

(1) Sprites, compressed images, smaller images; (2) include JavaScript at the bottom of the page; (3) minify or concatenate your CSS and JavaScript; and (4) caching.

Did I miss anything? If so, feel free to add to this post in the comments below.

Page Preloader with CSS and JavaScript