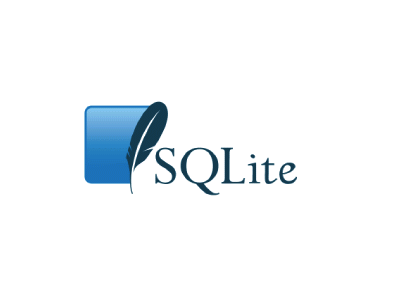 SQL is used to create databases in which to store information.  Using SQL is like using an Excel spreadsheet, except the information is entered and manipulated differently.

If I want to keep track of travel information, I would enter  CREATE DATABASE travel.

Say we want to keep track of my favorite places to travel.  We can do so by creating the table favorite places.  In this table, we want two columns – city and year visited.

Columns can be one of three types: (1) strings, or sequences of characters inside single quotes, (2) numeric values including integers, fixed points and floats, and (3) dates and times, as either date, time or datetime.  Strings are either declared as  VARCHAR (shorter strings with a defined number of characters) or TEXT (longer strings).

We would create the above table with the following syntax:

Insert is used to insert items into an existing table:

If I want to add Bangkok in 2012 to my table, I would type the following:

This can also be accomplished with:

In the above example, it’s important to remember the ordering of the original entries.  If the order is unknown, we can specify the order:

We can also insert items into a table using the following:

Update is used to update items in a table:

Say I added Tokyo to my table, but entered the year visited as 2013 instead of 2012.  I would update this entry with the following:

ALTER is used to alter an existing table.  Perhaps we want to add a column for continent, we can do so with ADD:

This would also work if COLUMN is removed:

We can also use CHANGE or DROP in place of ADD to change the name of a column or to delete a column.

To select all values from a table, enter: SELECT * FROM table;.  In the above example, this would return:

Although it’s nice to be able to view all data, it’s more useful to be able to filter the data.  We do this by querying the table using SELECT.

Say we want to know which cities I visited in 2012:

Notice that the = is singular in SQL.  Queries can also use the following comparators:

Operators can be combined with AND and OR as follows:

We can search for strings using LIKE and % (wildcard) as follows:

The wildcard can be placed at the beginning or end of a string, or both.

If we want to order the results, we can use ORDER BY:

We can also use ASC and DESC to choose whether the results are listed in ascending or descending order:

We can use LIMIT to limit the results.  For example, if we wanted to know only ten favorite places:

This would create an upper bound on the number of rows returned.  We can also use OFFSET  following limit as  LIMIT 10 OFFSET 20;.  This would skip the first 20 rows and return the next 10 rows.

Say we want to see which cities have years missing, or query the table for only those cities with years.  We can use IS, IS NOT and NULL to do so:

To rename a table or database, use RENAME:

To delete everything from our table:

If we want to delete specific entries from a table, we can use the same commands we use to select items. DELETE is essentially just SELECT followed by deletion of the content selected.

DROP is used to delete tables and databases:

We can also use DROP SCHEMA to delete a database.  Deleting a database removes the schema and all data.